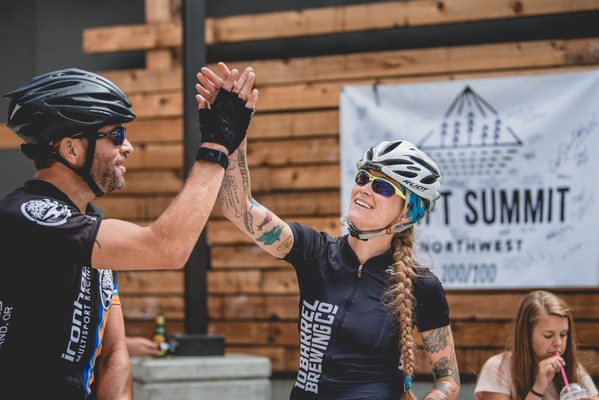 A letter to inspire your next great ride.

The Swift Summit 200/100 is a unique ride. It has a ton of soul. Trevor Spangle, the event director, is a genius at building a supportive cycling community. One of the many touches that makes the event special is the anonymous letter program. Each participant sends in an anonymous letter of encouragement. This letter is then distributed blindly to another rider. Trust me, the encouragement is needed. The Swift Summit is a very demanding event. This is the letter that Jon Seaman our VeloPro CMO sent into the loving ether. His identity now revealed, he hope it inspired a great ride. Most importantly, he hopes it will inspire you for next event.

All pictures in this letter are by Harry Apelbaum the official photographer of the Swift Summit.

Congratulations!  You’ve chosen a fantastic event to challenge yourself.  You are already one of my favorite people!  If you’ve embraced the 200, you have my sincere admiration and respect.  If you’ve chosen the 100, you are in for real challenge as this year’s route is a beast. 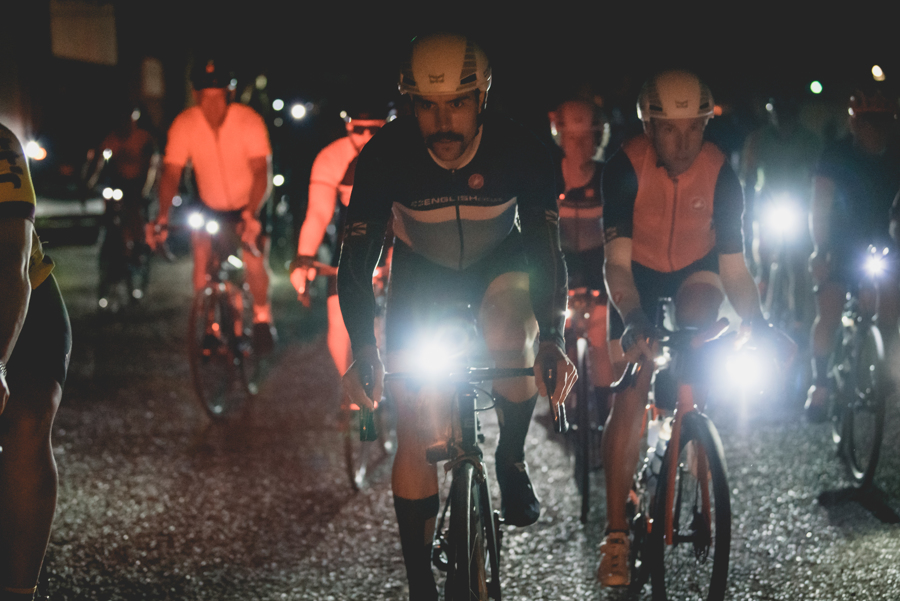 I have a confession to make.  Last year at the Swift Summit I had the worst ride of my life.  It was a complete disaster.  I did not finish.  I was embarrassed, frustrated and angry with myself.  This year I am back to prove to myself that I can do it.  I can tell you with absolute certainty that if I can do this, so can you.

What’s the story behind my epic failure?  One week before the Swift Summit I did my first road races ever in Utah at the Transplant Games of America.  The heat was scorching.  We raced at noon in 98-degree heat. I did a time trial and then a criterium in the master’s category (50+ years old).  While I didn’t win, I went very deep and absolutely crushed my personal bests by an order of magnitude that surprised me.  It was very satisfying to see my training pay off.  I was filled with new confidence.

You may be curious about the actual TGA event.  Just think of it as the International Olympics for people who have either donated or received a transplant organ.  You see, I’ve had kidney disease my entire life.  I was born with it and was told when I was 19 that I would face kidney failure, dialysis, and would likely have a short life.  I managed to make it to 41 until my kidneys failed.  I was then on dialysis for 3-years getting more and more ill every day.  Truthfully, I was circling the drain.  Then one day when I had lost all hope and was preparing my family for my death, I received a call.  An anonymous stranger was donating a kidney to me.  WTF?  I couldn’t believe it and I didn’t trust it, but it was true!

Let me contextualize this for you.  At the time of my transplant only 8 people in the state of Oregon had ever received a kidney from an anonymous living donor.  In contrast, there had been over 238 Oregon Megabucks millionaire lottery winners.  This was luckier than winning the lottery.  It was a big deal.  My story even made the Oregonian.  Yes, the transplant did indeed happen.  I instantly began to feel better and slowly returned to normal life with a few new challenges. 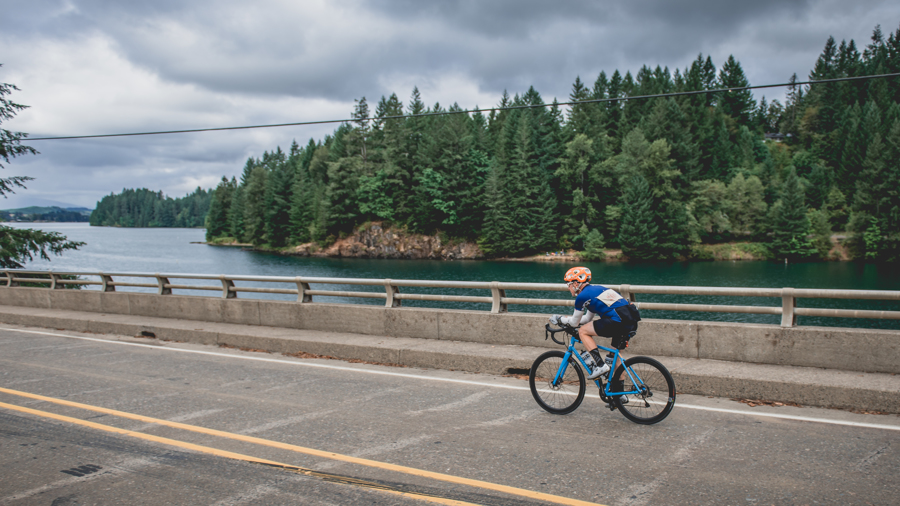 (this is not me, but a friend of mine who did the Swift Summit 200 last year)

I had been weak and sick for as long as I could remember.  The dialysis process destroyed my muscle mass and I developed renal bone disease, where the calcium was gradually sucked from my bones making them fragile and likely to break.  I never imagined I could do anything athletic.  However, a few years after my transplant a friend urged me to get on bike.  I had not ridden a bike since I was 12 delivering newspapers.  I was terrified and I thought I’d embarrass or hurt myself, but I faced these fears and gave it a try.

First, I rode around the block.  The next day I rode around the neighborhood.  The third day I rode 3 miles.  With these little successes, I was hooked!  Within a couple of years, I had increased my distance and speed.  I rode in Portland Bridge Pedal, rode the Banks Vernonia trail several times, and then took on the Strawberry Century, doing the 75-mile version. While I’ll never be considered fast or an “elite athlete,” I love riding.

So, after my races in Utah.  I drove back to Oregon. I had a couple of days to recover before for the Swift Summit.  In my final preparations for the Swift, I cracked the frame of my endurance road bike that was geared for climbing.  No problem, I’d just use my race bike.  This bike was geared with a 53/39 chainring on the front and a 10/25 cassette on the back.  I figured I might struggle on the climbs, but I’d do great on the flats.  You can already sense the problems coming, can’t you?

The big day of the Swift Summit arrived.  I felt confident and ready.  The 200 milers were already on the course.  We 100-milers were just getting started.  3 miles into the event the first big climb arrived and…I died on that first hill. 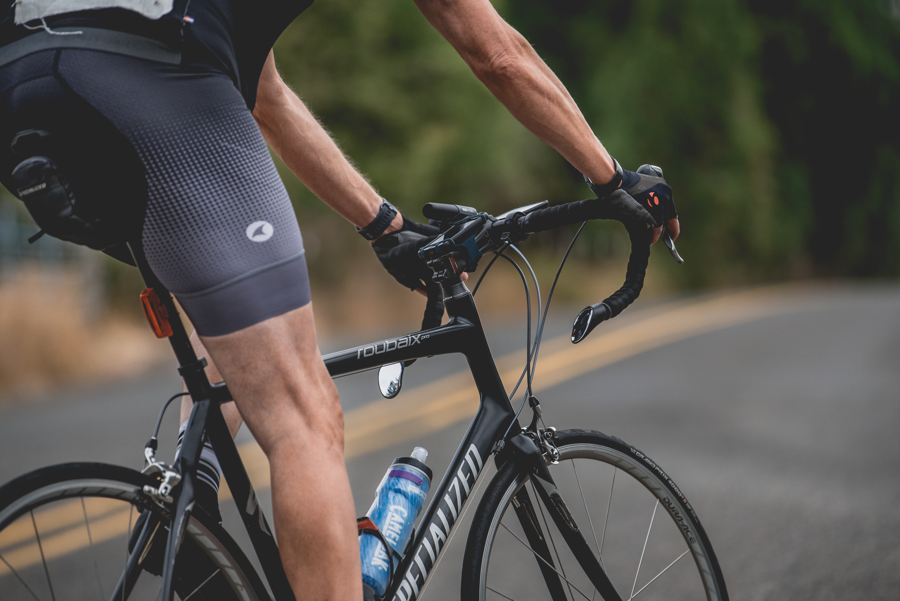 I put out over 600 watts for over 5 minutes with my lowest gear (39-25).  I had no shifts left to help me.  My max heart rate is 170.  My heart rate soared to 213 bpm!  100 yards from the top of the hill my legs suddenly went limp.  I was forced to stop and jump off my bike gasping for breath.  I waited for my heart rate to recover, slowly walking my bike up the hill.

My heart rate did not recover for more than 15 minutes.  This was highly unusual and scarred the shit out of me.  What was going on?  If I was an intelligent person, I would have called it a day right then.  I was obviously having a medical issue.  I refused to quit.  I hopped back on my bike and rode on.  I reached for a drink of water.  Nothing.  No water!  After riding in the heat of Utah, I just assumed that Oregon would be hot too, so I froze my water bottles.  Unfortunately, it was a cold August day in Lebanon and my water bottles did not thaw.  What a disaster!  The event support car drove up and told me I was the last rider and asked if I was okay.  I refused to give up and waved them on.  I encountered a couple more hills that I couldn’t finish and had to walk them.  My water bottles were still frozen, only giving up a couple of tablespoons of water.

I finally made it to the first checkpoint, 46 miles in.  I was seeing everything through a black tunnel.  I thought I missed the cut-off and was the last rider, but there were still about 10 riders behind me.  They arrived as I sat there on a bench sipping some much-needed water.  I wanted to go on, but my day was over.  In fact, I looked so terrible and shaky, they took me to the emergency room.  The doctors informed me that I had a tachycardic event!  They didn’t think I was in any danger but advised me to see a cardiologist as soon I could get an appointment.

The good news is that my heart is just fine.  We found out that due to complications with my kidney transplant, I had a massive shortage of red blood cells.  I could not get enough oxygen to my muscles.  This caused my heartrate to go bonkers.  I received a six-week course of IV infusions, and I am good to go.  I also have a new hydration strategy. LOL!  My training has been diligent.  In the last year I have completed a metric century and a century without any issues.  Best of all, I have my doctor’s approval to ride on.  So, dear cyclist.  The Swift Summit in 2018 was the worst ride of my life.  I’m still back to try it again this year.  I am determined to prevail.

While I have no idea about your personal situation and life-story, I can tell you with certainty, you can do this ride.  You can face the challenges and succeed.  You can even achieve your personal best!  That is why I wanted to tell you my story.  If a 50+ year old, non-athlete with a stranger’s kidney in them can do it, you can too. 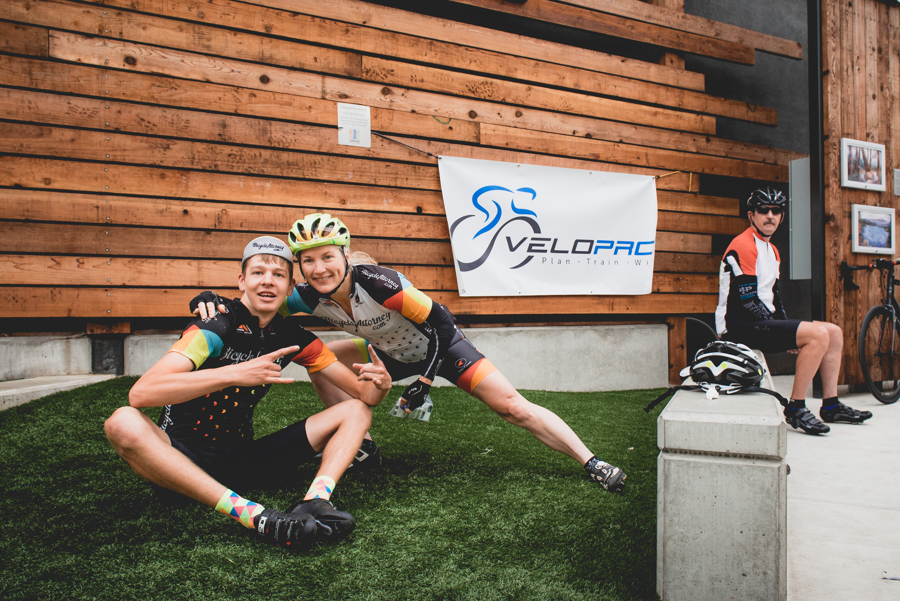 You will no doubt struggle at points during your ride.  You’ll face unexpected obstacles—physical, mechanical—who knows?  You will wish it was over.  All you can do is prepare to do your best and plan for when the worst happens.  Cycling coach Adnan Kadir told me, “The difference between experienced riders and new riders is that when challenged, new riders quit.  Experienced riders rest and ride on.”

If for some reason beyond your control, you have your worst day ever, like I did last year, consider these sage words from cycling coach and track world champion Kirk Whiteman, “An amateur lives and dies on a single event.  Pros know there is always another ride.”  I am proof this is true.

I hope my experience has helped you.  When it gets tough, just take a deep breath, a sip of hydration drink, chew on an energy treat and ride on.  I’ll be cheering for you.  I know you can make it.

I will see you at the finish.  We’ll enjoy that pizza and beer that I missed last year. Heck, if you can figure out who I am, I’ll even buy you a cold beverage of your choice.

Please be safe.  Much Love to You, Cycling Stranger.